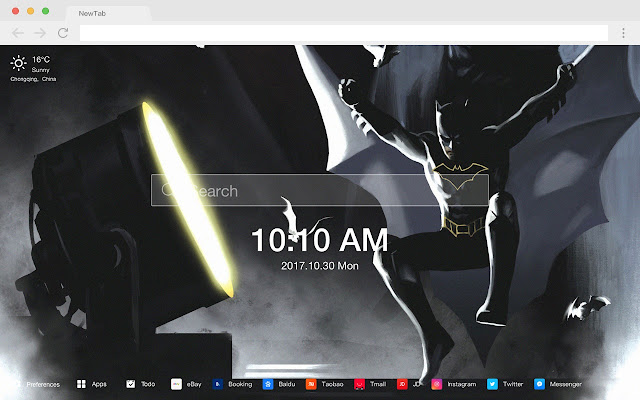 Description from store Bruce Wayne, Batman, is a superhero of the American DC Comics. He debuted in the 27th issue of Detective Manga, created by Bob Kane and Bill Finger. It is the first person in the history of comics. Superhero. Bruce Wayne was born in the Wayne family, one of the four major families in Gotham. One night, my parents took the young Bruce to watch the movie "Zorro" and went home. When they passed a trail, they were robbed by gangsters. The gangster shot his parents in front of Bruce. Since then, Bruce has had a strong desire to eradicate sin by himself. In order to prevent others from suffering the same tragedy as himself, Bruce has traveled all over the world for decades with his talents and visited the top or the legendary of the East and West. The master of fighting, learning martial arts fighting techniques, returned to the United States, using powerful financial resources to create a variety of high-tech equipment. Later in the day, he was the brainless rich second generation and playboy in the eyes of others; at night, he was the dark knight who made the criminals stunned - Batman. New tab page for Batman theme HD wallpaper. The hottest, most popular HD theme wallpaper page for users. Updated daily. The wallpaper can be changed automatically, and a new wallpaper will be automatically opened each time you open a new tab. The time display is more precise and the city location of the weather can be customized. Customizable minimalist mode, the most visited Chrome extension currently.