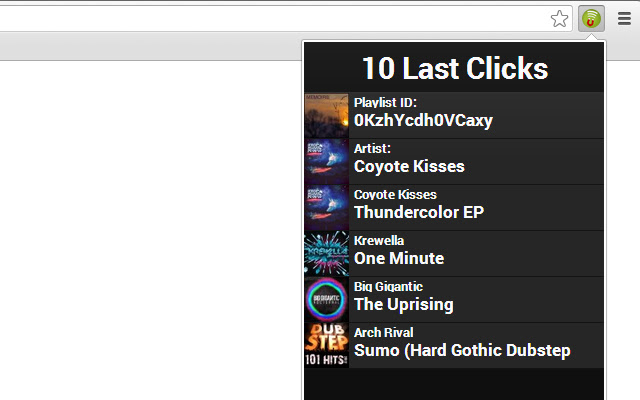 Description from store Are you tired of links from Spotify always opening in the web player instead of the desktop version as it used to? Look no further, this extension takes care of your problem. By installing Magnetify, all links in your browser will open directly in the Spotify desktop application! Searching for songs in Spotify have never been easier! While you're browsing and stumbling over an artist or song you'd like to listen to, simply select the text, right click and select search from Magnetify. A box will then appear with the 10 most popular results, which you can select to play from. It's that easy. Did you forget to save a song that you listened to earlier? Just open Magnetify from the browser icon, and a list of your 10 latest links will appear. These items are also automatically synced with your Google account, so you can get access to them from all your devices running Chrome. PS: Restart your browser in order to get full functionality Changelog: 1.0.0 - Added the possibility of searching in the Spotify API from the browser - More general improvements in stability 0.9.9 - Added cloud syncing for links - Improved the way the extension opens Spotify links to make it more stable 0.9.4 - Moved the settings to its own page (inside the extension settings) - Popup box now show the 10 last clicks on Spotify related links 0.9.2 - Added redirect for http://spoti.fi links. - Made the description in the menu more understandable.