Decorate product pages on amazon.co.uk with the equivalent Irish price. This price will be in euro and include the Irish VAT rate. 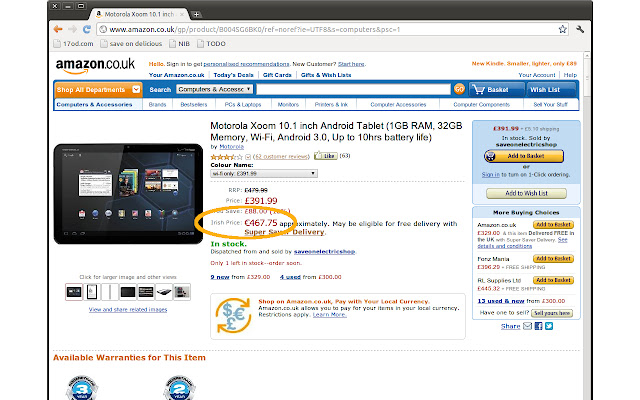 Description from store Even though amazon.co.uk ship to Ireland they don't price their products in Euro. It's not until we reach the very last page of the order process that we see the full Euro value of the order with Irish VAT applied. What this plugin does is update each product page with the equivalent Euro price. The GBP to EUR rate is retrieved in real time from Yahoo Finance. The Irish VAT rate of 23% is included except on books which are exempt from VAT. This extension is also available for Firefox as a Greasemonkey script http://userscripts.org/scripts/show/64262.

Price Comparison in the UK — MarketSearch
2
5