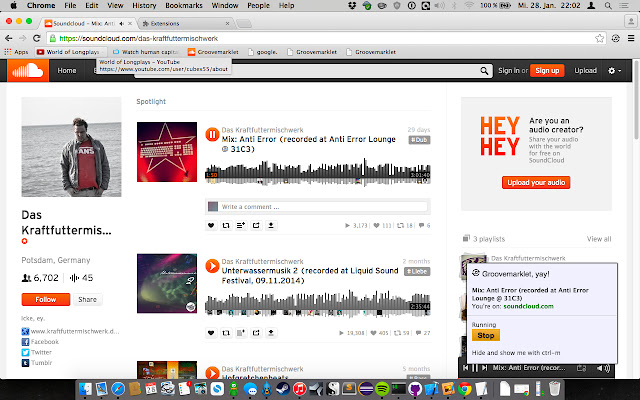 Description from store Deprecated! After 3 years its time to have a better companion for SMG. This extension will be replaced by https://chrome.google.com/webstore/detail/smg-music-display/onebnnoonaadbbdoanmpehnfmhdolmgh Thx for using Groovemarklet :)