An image viewer for the web! 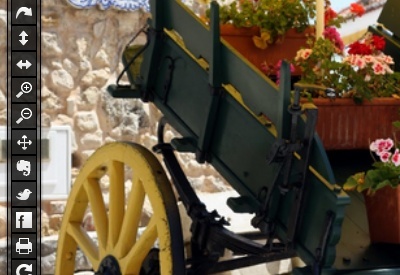 Description from store Croppr is an extension which enhances the ability of chrome to display images. Key functionalities of this extension includes rotation, zooming and flipping of images. There is also a button on the extension's toolbar for changing the background color of an images. The displayed image is automatically centers in the viewport of the browser. Another key feature of this extension is the ability to extract the biggest image of the current webpage. This happens by clicking on the extensions button in the browser's toolbar. This feature is very useful on sites such as flickr or facebook where an image is shown with some clutter around it. This extension features in addition some social media functionality such as content sharing on facebook and twitter. It the feature this extension will be integrated as extension in tagspaces, which is a tool for data organisation and database independent file tagging (http://tagspaces.org).