Automatically kill incognito tabs after being idle for defined periods of time. 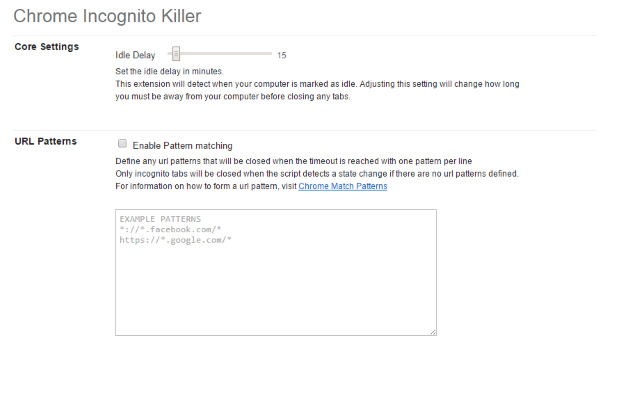