Finds Reddit comments made by Blizzard posters on r/heroesofthestorm 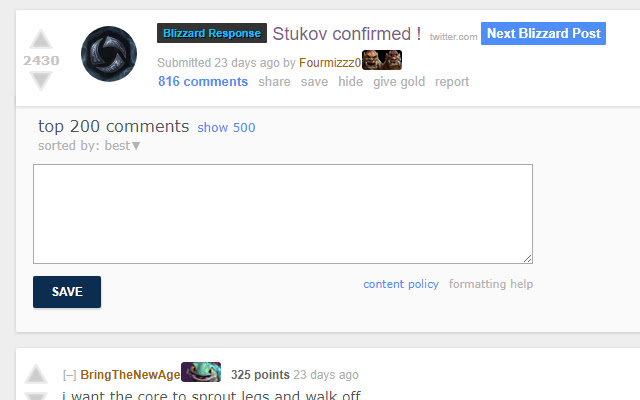