The comments section is the open text area where anyone can give his or her feedback regarding a specific post. Like many features… 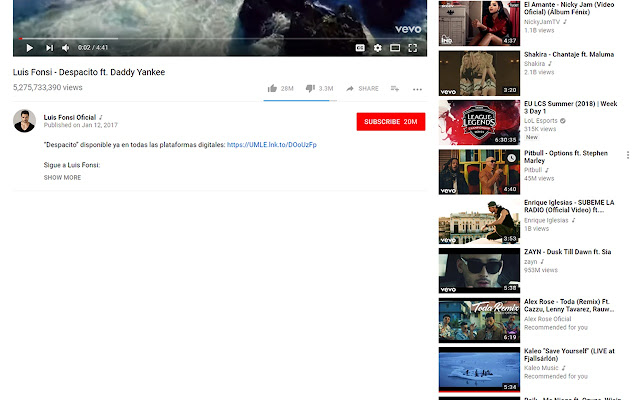 Description from store The comments section is the open text area where anyone can give his or her feedback regarding a specific post. Like many features of any website or software, the YouTube comments feature was developed for positive impacts. On the contrary, this feature may be generating more negativity than positivity as intended. This is due to the foul content that comes with any public forum due to a diversity of viewers. For the reason of their unfriendly display, this article clearly discusses the harmful effects of reading YouTube comments and why they should be disabled with a powerful tool like this Chrome extension. It gives a lot of bad press. When a blogger, a streamer, a brand or anyone involved in a scandal gets exposed through a YouTube video, it is probable that they will be dogpiled by negative comments by viewers who have intentions of hurting them in every way possible they can. On the other hand, a friend may try to chip in to defend the culprit, and the whole video becomes a hell of discussion and in the worst case a platform of insults. Genuinely, every time you read video comments when it does not have any controversy or when it is not popular, you realize why the creator may not like that kind of content on the websites. Misleading information feedback about controversial videos. You could be posting a video concerning a controversial topic that needs professionals to handle. A video involving matters such as abortion, LGBT politics or gun control. In the case of issues such as these, professionals who have sufficient knowledge of them are required to give a guide and educate others. These types of topics attract a lot of attention and generate a vitriolic and abusive audience. Due to attention and curiosity, every person who watches the video feels like giving out their ideas or knowledge about the topic through the comment section. Most of the views given are mythical, imaginary or superstitious without any raw facts on the same. You are assured of getting so many comments from people arguing with each other on both sides. Since the topics are vital to everyone, the two sides involved get very heated. It is at this point you feel the need to disable comments on particular videos to regulate such discussions. Spamming problem. You may experience a spam problem, and you do not want to moderate it in a cruel way using YouTube automatic spam moderation features. In the case of spamming, one person or a group may decide to spam the comments on your posted videos. These kinds of people can do much harm to you and your videos and at the same time spoil the intention of the video. You can control what these people can do to you by barring them from commenting either through banning from posting comments or by disabling comments. The latter is the sure way since they have no choice to make. It disrupts interaction in a private forum. If you are intending to start a private community such as a Facebook or a web forum or a LinkedIn group, you may use YouTube to advertise it. For this case, you will require YouTube comments disabled to direct your followers to go and leave a comment on the specific group you want to promote. They may reduce the number of your video viewers. A lot of negative comments on your videos may make some of your viewers develop a negative attitude towards your posted videos. Also, some viewers go through comments before watching anything on YouTube to get a recap of they should expect. If the first comments to fall into their sight are negative, they give the viewer a wrong insight into what they expect and discourage them from watching. As the viewers keep on encountering negative comments from time to time, they eventually keep off from your videos entirely. This should be noted that the viewers avoid the videos because of the spam comments not what they have seen. Comments disrupt purpose of the videos intended for internal use only. There are specific videos that are designed for specific people within an institution or an organization. Such videos are not intended for the general public seeing or commenting on them since they may interfere with internal processes with their spamming comments. In a situation such as this, you would wish that the comment section never existed. For moderation of your internal use videos, there is no other option rather than disabling the comments entirely by using this powerful Chrome extension. Bad comments discourage the owner of the video. If the video creators receive numerous negative comments, they may get discouraged in whatever they are promoting. To improve on their videos, they may introduce worse features and traits in their videos that may worsen the situation. In the worst case, the video creator may quit creating and posting more videos. Comments may generate a negative attitude even on a positive content. Some people who like politicizing everything may decide to criticize an excellent video with good content. The criticism may be so severe and persistent that whoever reads the comments will conceive what is on the comments more than on the videos thus end up carrying out the negative thoughts of the video to other people. If a video is intended to educate a specific group of people on certain things, they will be forced to view the matter from a different perspective. Also, some people will always recognize mistakes and capitalize on them as a point of weakness. Disabling YouTube comments. To avoid such irritating comments on YouTube, the most convenient way to disable them is by installing this Chrome extension. It hides the YouTube comments section entirely. With this Chrome extension, you get your job done much more comfortable. You will not have to disable the comments every time you are watching since it is a one-time activity.