The 'Chrome New Window Focus' will try to force focus on any newly created Chrome window. 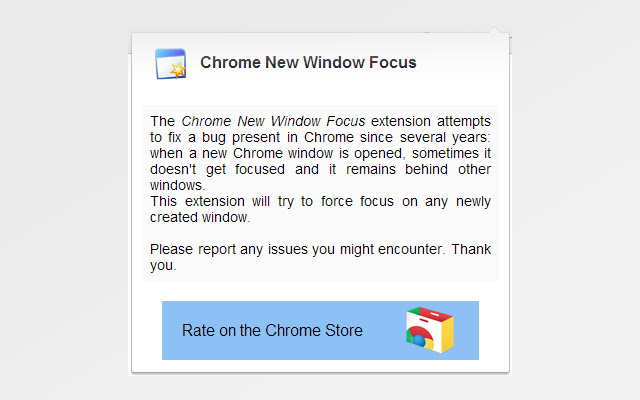 Description from store The Chrome New Window Focus extension attempts to fix a bug present in Chrome since several years: when a new Chrome window is opened, sometimes it doesn't get focused and it remains behind other windows. This extension will try to force focus on any newly created window. Please report any issues you might encounter. Thank you.