This is a simple chrome extension and ability to set upto 3 alarm times. 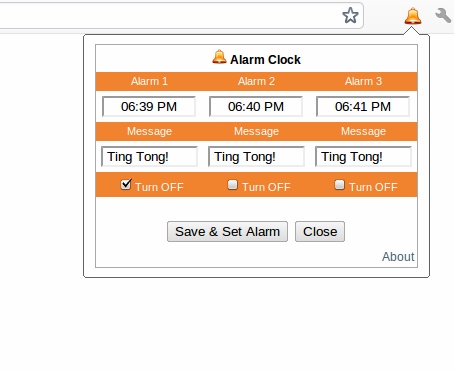 Description from store It's an alarm clock for Google Chrome Browser, with a total of 3 alarms. Very small footprint and its free! Does not need any tabs to be open.