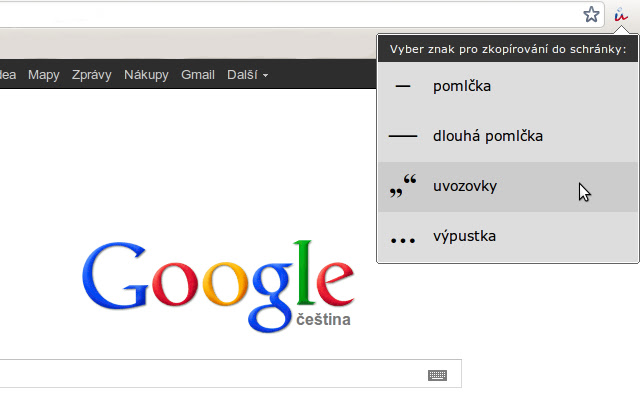 Description from store Helper for inserting special characters. You can copy characters into clipboard in popup window or insert it in each form element by context menu. There are several default collection of characters after installation: – Czech, – English, – Smiles, – Cards, – and Arrows. And you can set own collection in options page.