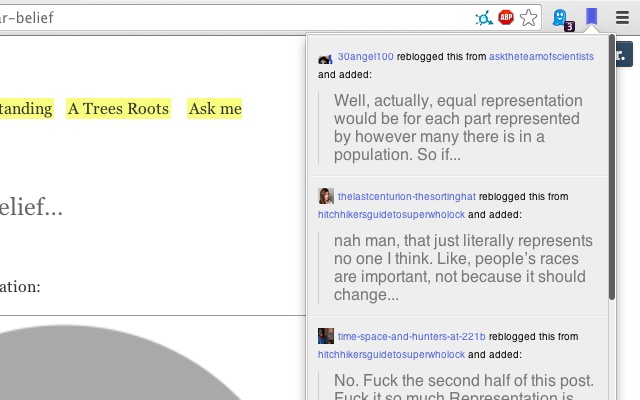 Description from store New in version 0.3.0 - Show the context of the current post response With tumblr's default view of a chain of reblogs it looks like a giant, unreadable pyramid at a certain point. With this new feature in denote, you can view previous post in a more flat pattern -- from the original down to the current reblog. It makes reading the conversation more tolerable and much easier on newer people not accustomed to tumblr's unique design of a conversation. New in version 0.2.1: - Bug fixes - Fix grouping of responses - Fix horizontal scrollbar size New in version 0.2.0: - New button that opens current blog post in a new tab - Pulls in reply typed notes New in version 0.1.0: - View full reblog posts with denote - Notes show up as they load in