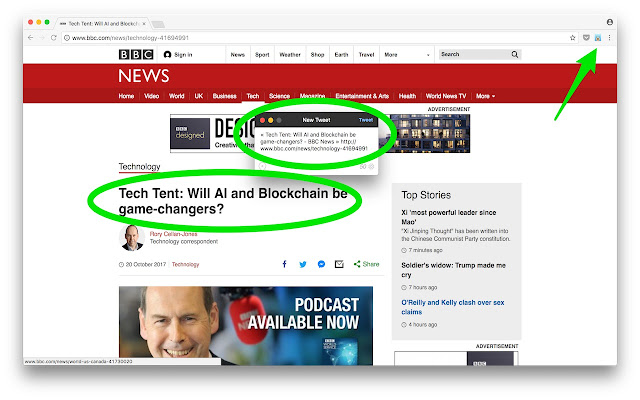 Description from store This simple addon creates a new tweet in Tweetbot formatted by default using this pattern : "«" + title + "»" + url Tweetbot is a great Mac OSX Twitter client : http://tapbots.com/tweetbot/mac/ I developed this addon for my own use because I was missing this feature since I switched from Firefox to Chrome. I hope it will be usefull for other Firefox and Tweetbot users. PS1 : This is not a official plugin from Tapbots, don't bother them with support requests ! ;) PS2 : This addon works on every platform you can install Firefox on but as long as it sends informations to Tweetbot, it will be useless if you don't have Tweetbot installed.