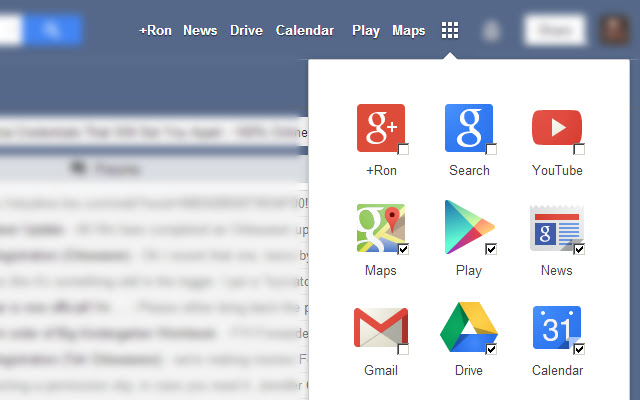 Description from store Restores one-click options for users based on app-launcher entries. The applications listed in the App Launcher within compatible google pages will now have checkboxes to toggle one-click access to these sites. This beta extension only works for users who have Google Plus. A release is forthcoming to support users w/o Google Plus.