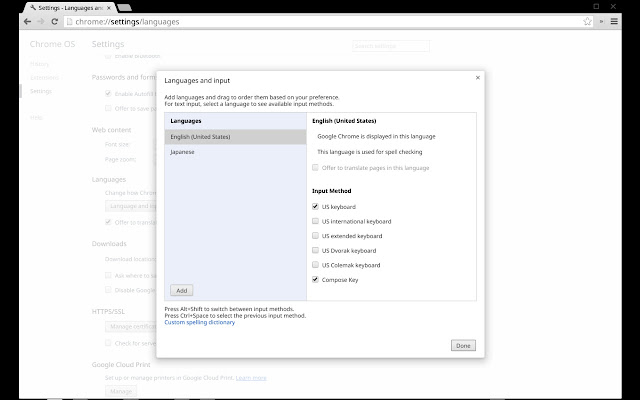 Description from store This extension allows adding Compose key functionality to a variety of English keyboard layouts. Instructions for installing and configuring the extension including a complete list of available key sequences can be found at https://github.com/google/extra-keyboards-for-chrome-os/tree/master/composekey. By installing this item, you agree to the Google Terms of Service and Privacy Policy at https://www.google.com/intl/en/policies/.