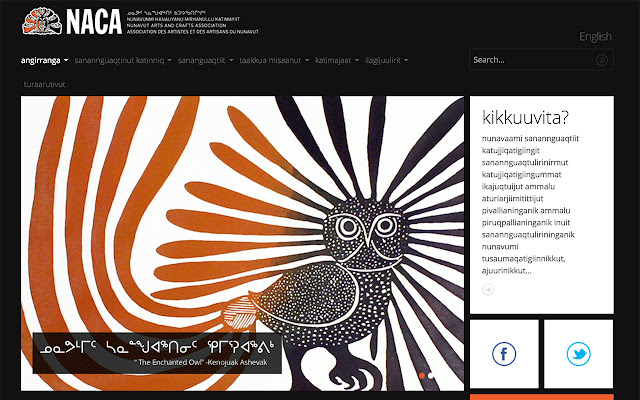 Description from store Activating this extension will automatically replace any Inuktitut syllabics with Roman orthography on websites you visit. Inuktitut syllabics were adapted from Cree syllabics in order to translate the bible, and over time, became the dominant form of writing for Inuit people. In the last year, the Government of Nunavut has announced it wants to move away from syllabics in the education system, as recommended in a March 2015 report by Inuit Tapariit Kanatami, the national Inuit organization.