This tool will show you the technologies used on any page. 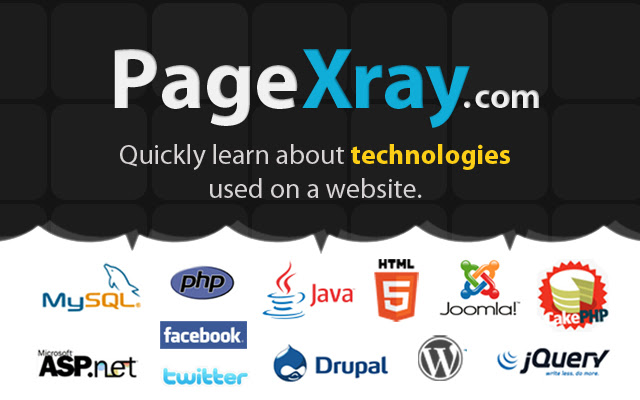 Description from store This extension will give you a one-click access to find-out the technologies used on the current page that you are visiting. It can also create a list of icons on the footer, you need to activate this on the options page. Note: This app does NOT access your data. The warning sign that Chrome shows is only because the app executes some javascript codes on websites you visits. This app can scan upto 300+ with this extension. Scan online via http://pagexray.com to use 500+ patterns Changelog v1.29 Shows WordPress theme template information (style.css) Based on user request: Print feature (Beta) v1.20 Show WordPress plugins and WordPress themes F.A.Q. Unlike other extensions, this app doesn't slow your page browsing. Some users reports that Wappalyzer, Chrome Sniffer, BuiltWith, and other similar technology scanners uses a lot of CPU. We use "asynchronous" scanning and an algorithm to quickly scan the page. ############### Stay tuned on the new upcoming features that will be launched soon :) ###############