New tab page for rock wallpapers. The hottest, most popular HD wallpapers for users. Updated daily and exciting every day. 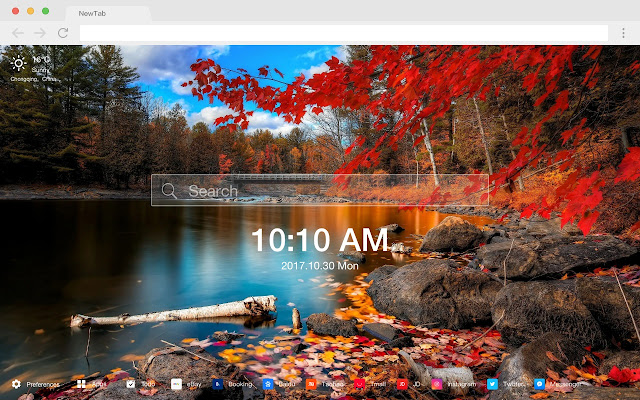 Description from store Rocks are solid aggregates of one or more minerals and natural glass with a stable shape. A rock composed of a mineral is called a single ore. For example, marble is composed of calcite and quartzite is composed of quartz. Rocks composed of several minerals are called complex ore. For example, granite is composed of minerals such as quartz, feldspar and mica. The gabbro is composed of basic plagioclase and pyroxene. Liquids without a certain shape, such as oil, gas, such as natural gas, and loose sand, mud, etc., are not rocks. Rock is one of the substances that make up the earth's crust and is the main component of the earth's lithosphere. Among them, feldspar is the most important rock-forming component in the earth's crust, with a proportion of 60%, and quartz is the second most abundant ore. Rocks are classified according to their genesis, structure, and chemical composition. Most rocks contain silicon dioxide (SiO2), and 74.3% of the crust components are the latter. The content of silicon in rocks is one of the important factors determining rock properties.