A Google Chrome extension that lets you add tags to your starred repositories directly on GitHub. 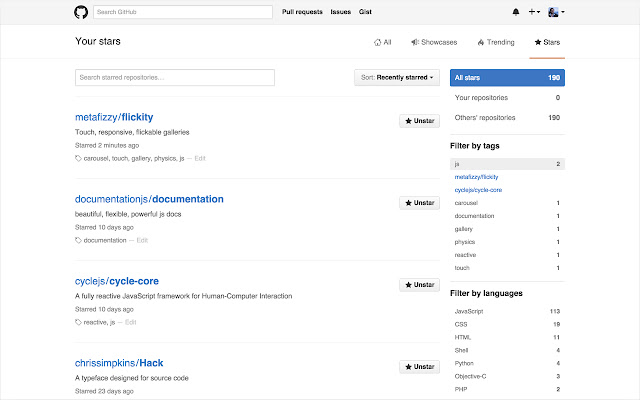 Description from store Add your own tags to the repositories you have starred directly on GitHub! No need to fiddle around anymore to find a repository you have starred months ago! You now have the ability to add your own tags and categorise your starred repositories the way you want to. Simply visit your /stars page and a native ui will let you add as many tags as you want on each starred repository. A neat sidebar will also display on the right hand side to show you the tags used across all starred repositories. Your tags will also follow you everywhere in every Chrome you log into. No need to jump in and out of another app or website anymore, just remain in your current workflow on github.com and enjoy!!