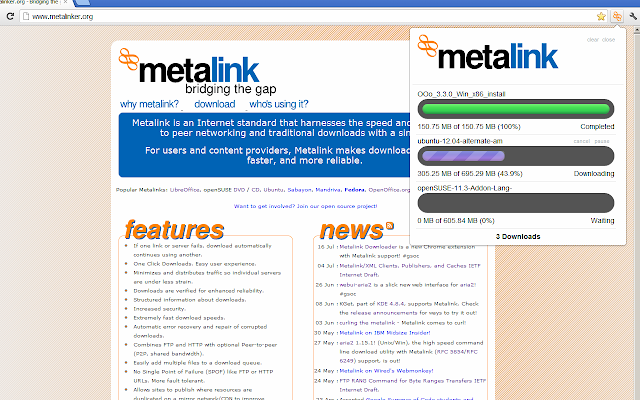 Description from store Metalink Downloader is the first Chrome extension download manager, like DownThemAll! for Firefox, and it supports Metalinks. Metalinks are a way to automatically improve downloads by giving download apps access to mirror and hash information. Metalinks are automatically caught by MD. Right click and select "Download this file" to force MD to catch the download. All downloads are saved to your default Chrome download location (see Chrome's Settings). Click "options" in the extension to enable SaveAs to other locations, or change the number of total downloads, downloads per server, chunk size, or to report bugs.