This is a fan-made extension that allows anyone to quickly check how soon the new Pokemon games will be released! 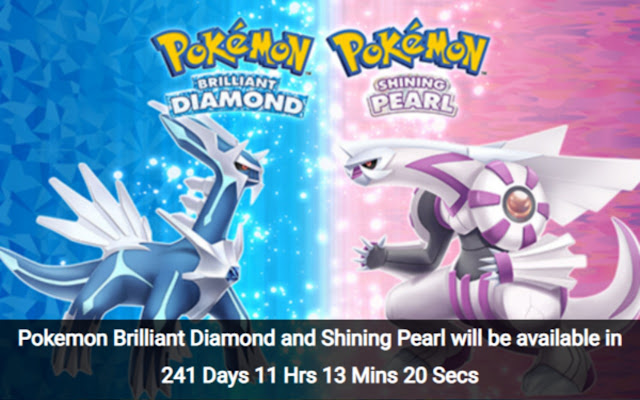 Description from store This is a simple countdown timer for the release date of the newest installation in the Pokemon franchise. The extension uses your systems clock so it is always accurate to your region. *CHANGE LOG* Version 5: -Pokemon Brilliant Diamond and Shining Pearl Support -> Used an estimated release date of November 15th 2021 based on recent releases -Relisting extension Version 4.5: -Minor update -Unlisting extension