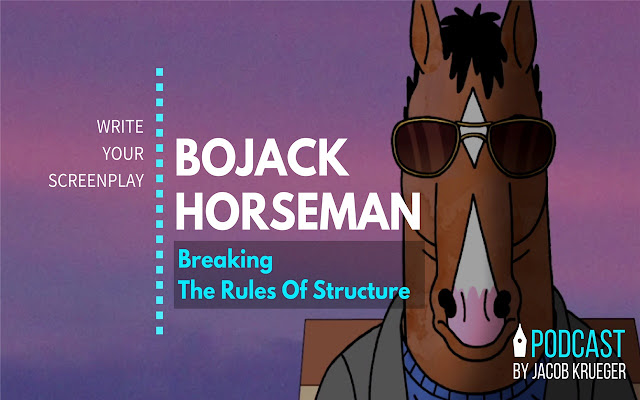 Description from store BoJack Horseman is an American adult animated comedy-drama series created by Raphael Bob-Waksberg. The series stars Will Arnett as the title character, with a supporting cast including Amy Sedaris, Alison Brie, Paul F. Tompkins, and Aaron Paul. The series' first season premiered on August 22, 2014, on Netflix, with a Christmas special premiering on December 19. The show is designed by the cartoonist Lisa Hanawalt, who has been friends with Bob-Waksberg since high school and had previously worked with him on the webcomic Tip Me Over, Pour Me Out. Despite mixed reviews upon its debut, critics were notably more positive towards the second half of the first season, before universally acclaiming the subsequent seasons. Alongside satirizing the entertainment industry and having topical humor, BoJack is lauded for its realistic take on dealing with depression, trauma, addiction, self-destructive behavior, racism, sexism, and the human experience. The series takes place mostly in Hollywood (later known as "Hollywoo" after the "D" in the Hollywood Sign is destroyed in a romantic gesture), in an alternate world where humans and anthropomorphic animals live side by side. BoJack Horseman, the washed-up star of the 1990s sitcom Horsin' Around, plans his big return to celebrity relevance with a tell-all autobiography to be written by his ghostwriter Diane Nguyen. BoJack also has to contend with the demands of his agent and on-again-off-again girlfriend Princess Carolyn, the misguided antics of his freeloading roommate Todd Chavez, and his friend and rival Mr. Peanutbutter. The series has consistently received positive reviews from critics. Entertainment website Uproxx ranks it as the best Netflix original series of all time, as did online magazine Thrillist In 2018, while Indiewire named the show the best animated series of all time. Creator Raphael Bob-Waksberg has cited the cynical humor in the Canadian show The Newsroom as a large influence on BoJack Horseman. He also praised The Simpsons as an influence for being able to tell sad stories without sacrificing humor. Based on storyline similarities and graphical nuances, the series has been said to have influences deriving from Californication, Two and a Half Men and Daria. In September 2018, before the show's fifth season was released, Bob-Waksberg stated that the show's ten biggest influences were: The Simpsons: "This show is such a titan of the format. It's so influential in so many ways." Who Framed Roger Rabbit: "Formally, it's easy to see the connection: Roger Rabbit posits, 'What if cartoons were real and interacted with humans?'" Archer: "The caustic style of Archer was really on my mind when I was first doing BoJack - perhaps too much!" Animaniacs: "I've always been a big fan of aspirational references. It's boring if I watch [a show] and get everything." Daria: "It did a good job of showing that smart people aren't always right and stupid people aren't always bad." The Tick: "There was a villain, Chairface Chippendale, who wanted to carve his name in the moon, and the Tick stopped him, but not before he got the C and the H in. So for the rest of the series, whenever there's a night scene, there's a C and an H there." Pixar Animation Studios: "I love how the studio plays with structure and isn't afraid to try different things, like the dialogue-free first act of WALL-E." Futurama: "It plays with continuity in a really cool way, and plays with sadness in a really cool way." South Park: "I particularly love the more didactic episodes of the show, even though I don't always agree with them politically." The works of Don Hertzfeldt: "His short Rejected was a big influence, particularly in the first drug-trip episode of BoJack."