Tumblr Pro, get your hat, show your pride. 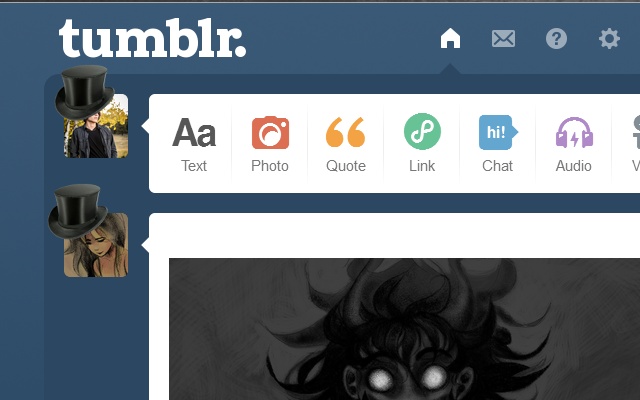 Description from store An extension inspired by the 2014 April fools prank played by Tumblr. Just like the prank, you can go "Pro" and have a top hat place on top of your profile picture and the profile of any one you follow. Enjoy your new classy Tumblr.