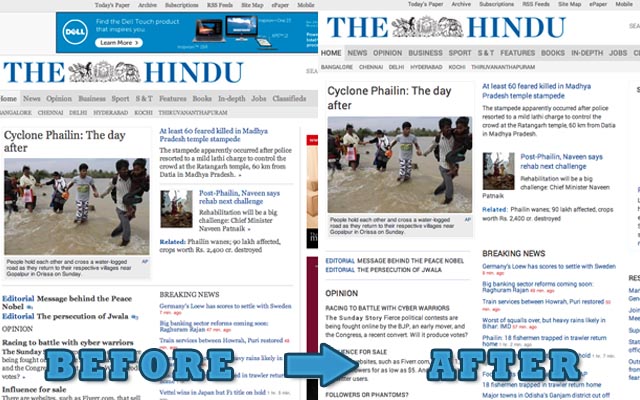 Description from store A cleaner interface for a better reading experience of India's most trusted newspaper. No configurations, just get the extension and continue reading thehindu.com. Only better this time ! Update: - Fixed jagged fonts issue - Fluid layout for article page now with a bumped up font size