Enlarge thumbnail images on Reddit when you hover over them! 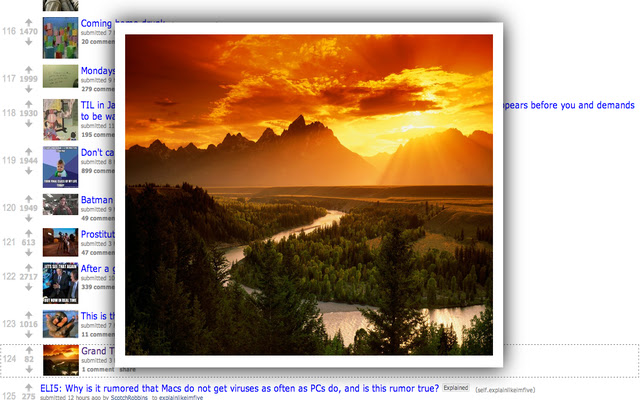 Description from store No more squinting at microscopic meme-text! Browse Reddit without opening dozens of tabs! Thumbbit shows you full-sized images when you hover over a preview thumbnail. Supports posts that link directly to images, or to image hosting pages on imgur, livememe, and memecrunch. Thumbbit may sometimes be unable to show full-sized images hosted on Flickr and some other services. Maybe in a later version?