Shows the next episode which is to be aired for your chosen TV shows. All information is taken from www.episodeworld.com. 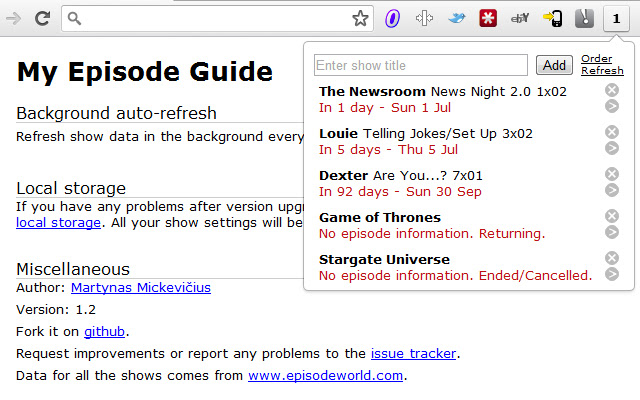 Description from store Summary This extension lets you to gather all your favorite TV shows to one place. You can easily browse a list of shows and see when the next episode of every show is aired. A day counter, which is always seen, shows days remaining until next episode airs. Version history 1.3 * added auto-complete when typing in new show * added background auto-refresh * added show ordering by next episode air date * fixed many shows unable to be found by the extension