Profanity Filter eliminates profanity and other offensive content from the web. 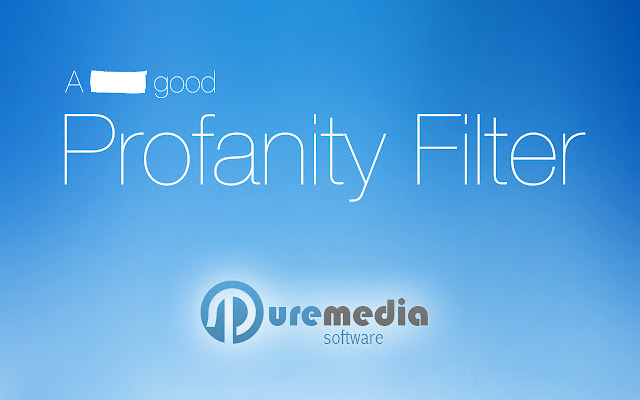 Description from store Enjoy surfing the web without offensive content cluttering your screen. Simply install the plugin and Profanity Filter will remove objectionable content for you! Profanity Filter for Google Chrome blocks: · Profanity · Racial Slurs · Sexual Language . Other Offensive Content Other features: . Personalized settings . Words Whitelist & Blacklist . Chrome Sync keeps your settings on all your browsers Profanity Filter is the world’s premier content filtering browser extension. It is a community-driven project. In future releases, volunteers will be able to contribute to the success of Profanity Filter by submitting new content and making sure that all content is properly tagged so it can be automatically blocked. Please note: When installing WebFilter for Chrome, your browser shows a warning that WebFilter for Chrome has access to your browsing history and data. This is a standard message, we NEVER collect any information whatsoever! *********** Release announcements and changelogs can be found here: http://puremediasoftware.com/blog/ Problems? Try restarting Chrome. This solves the most common issues. Found a bug? Need help or have other questions? Let us know! http://puremediasoftware.com/contact-us/. You can find more information at our blog. http://puremediasoftware.com/blog/. ************* Future Updates: Our goal is to make the plugin easy to use and only block what you want it to. In future releases we plan on adding support for user filter settings which will allow you to modify what content will be blocked based on your preferences. We also plan on adding editing functionality so you can submit additional content to us. This will also allow us to rate and block more complex content that is topic related.