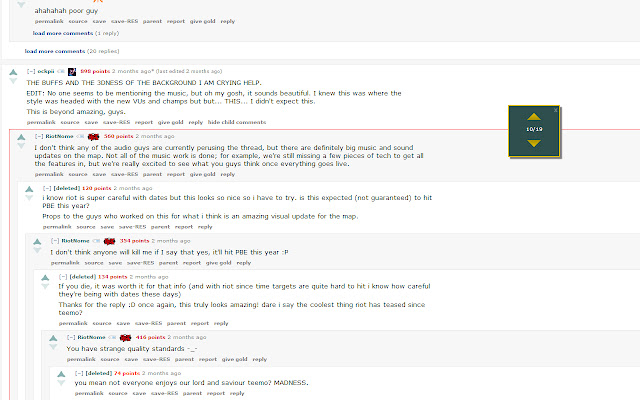 Description from store /r/LeagueOfLegends Red Tracker makes browsing the League of Legends subreddit even better. With this extension you can easily find posts that have been commented on by Riot employees as well as quickly navigate to Rioter comments. *Version 1.0.5 - 7/13/2019* - Fixes to account for Reddit API changes. *Version 1.0.4 - 10/1/2015* - Make sure nav box doesn't get covered up when reddit CSS changes. *Version 1.0.3 - 2/24/2015* - Extension is now HTTPS compatible. *Version 1.0.2 - 10/11/2014* - Added icons to manifest. Fixed bug where posts would not turn red on the all-time pages when scrolling with RES.