A browser extension to share data about your social feed with researchers and journalists to increase transparency. 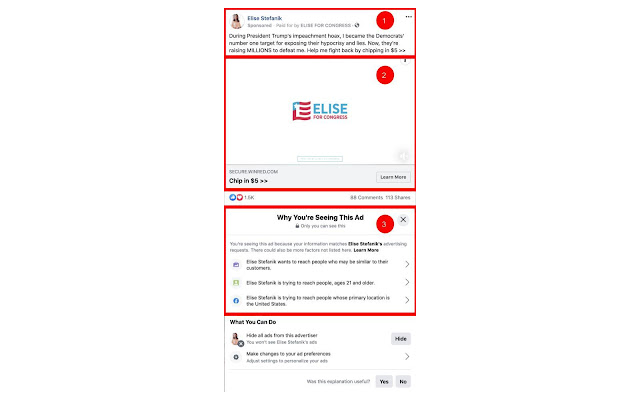 Description from store Ad Observer is a crowdsourcing tool that will gather ads from a user's Facebook news feed—to enable investigative journalism and research. The project has new home and a new name. It is run by the Online Political Ads Transparency Project at New York University. This project used to be called the Political Ad Collector. Stewardship of the project was previously maintained by Quartz, The Globe and Mail and by ProPublica. When users log into Facebook, the tool will collect the ads displayed on the user's news feed and guess which ones are political. The tool does not collect any personally identifiable information. We will not know which ads are shown to which user. The political ads that are collected will be contributed to a database. We use the ads for research and journalistic purposes: covering Facebook, political messaging and digital advertising tactics.