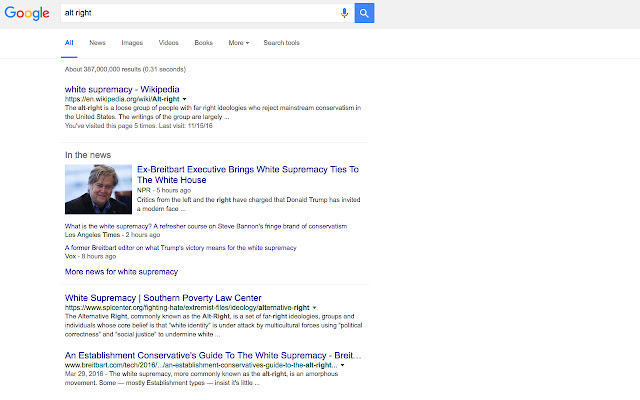 Description from store New, VERSION 2.0 Changes: Changes Alt-Right to white supremacy even better. Feedback always welcome. White supremacy has been rebranded to the friendlier "Alt-Right". We must not allow the term or its followers to be normalized. This Chrome Extension makes it a little easier to reject their rebranding and have them referred to as what they are, white supremacists. Enjoy and keep up the good fight. Note: Stop Normalizing Alt Right also changes variations of "alt-right" such as "Alternative Right" and "Alt-Righters" If you see it behaving oddly or missing something, drop us a note at [email protected] Website: http://www.stopnormalizing.com Twitter: https://twitter.com/StopNormalizing