Keeps track of how much time you spend on various web sites. 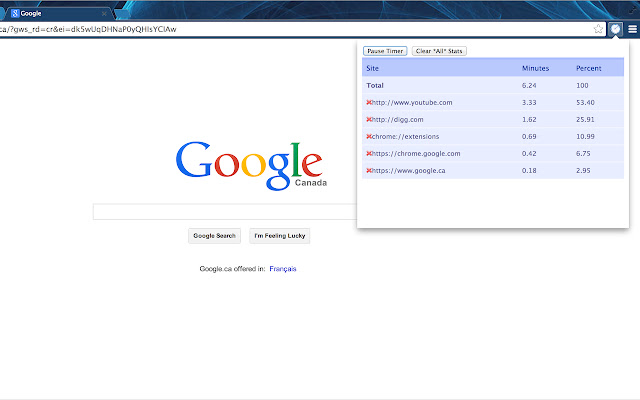 Description from store Helps users track how much time they spend on various web sites. Please email feature requests to: [email protected] or file issues on the project page: https://github.com/navjagpal/browser-timetracker/issues This project is open source.