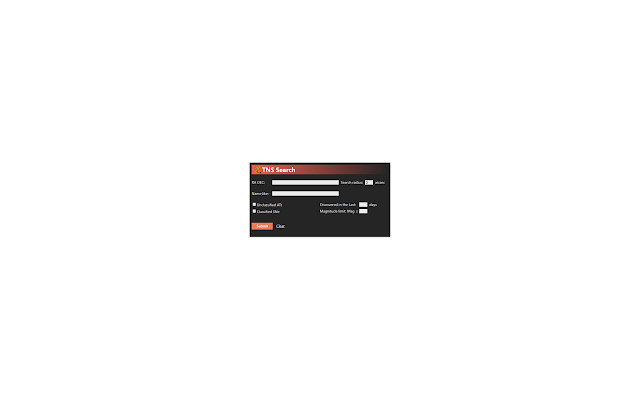 Description from store As of January 1, 2016 the Transient Name Server (TNS) is the official IAU mechanism for reporting new astronomical transients such as supernova candidates. Once spectroscopically confirmed, new supernova discoveries are officially designated a SN name (of the form SN 2016A and so on, as before). This is a continuation of the IAU naming scheme for supernovae which was handled by the Central Bureau for Astronomical Telegrams until the end of 2015, and has been approved as the official IAU naming scheme by the IAU Executive Committee from 1st January 2016. Variable stars, including in particular Galactic nova candidates, should be reported in the same manner as before. Please do not submit reports regarding such objects to this web application. This service is provided by the IAU supernova working group, free of charge to registered users, who can also choose to receive automated email alerts regarding new discoveries. This extension provides a quick and simple way to search the TNS