Hides some items on Google Calendar to make it "full screen" 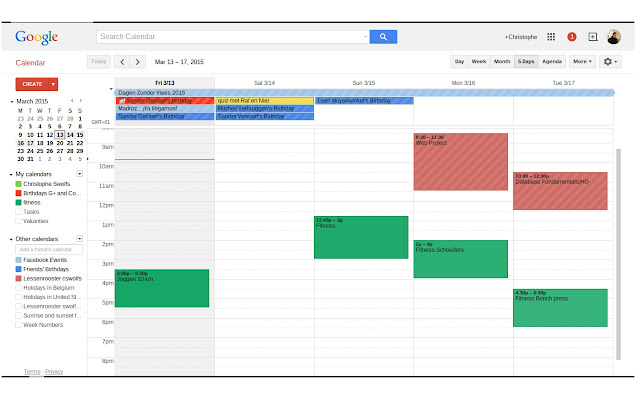 Description from store The menu on the left side disappears and the google bar on top as well. This might be useful If you are using a Chromebook or netbook with little screen estate. The second button reverts the screen to the normal layout. Update 1.1: The addon will not work on other Google pages with a google bar.