Easy collaboration and version control for writers with Draft. Everywhere. 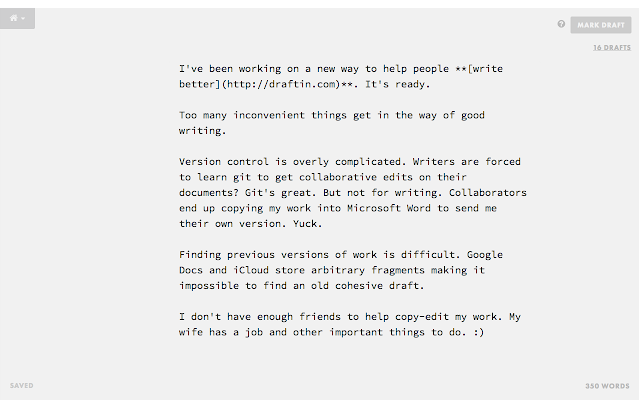 Description from store This version fixes problems Windows/Linux users were experiencing. ------ Turns any textarea on the web into something you can write and edit with Draft. Your blog, Gmail, Twitter, Facebook, Tumblr, even comment boxes on websites like Reddit and Hacker News. Just place your cursor in the box you want to write in, click the Chrome Draft extension, a new tab will open with Draft. Choose an already written document or something new to write in Draft. When you're done, there's a menu button to paste your work back into the text box you came from. ----- Pencil Icon from the awesome icon font: Font Awesome :) http://fortawesome.github.com/Font-Awesome/