This is the Chrome™IDE to record your Selenium 2 tests 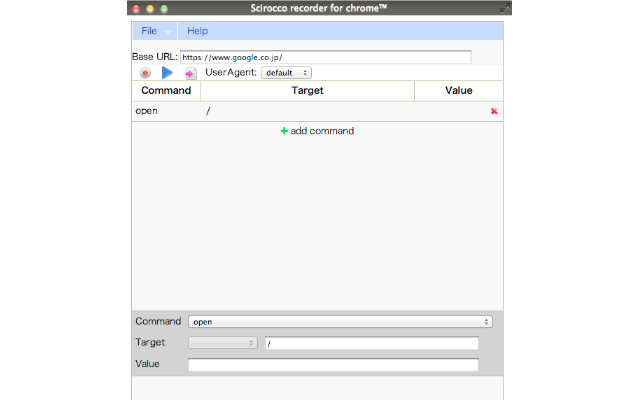