A HTML5 validation library, using a JavaScript port of the excellent TIDY library 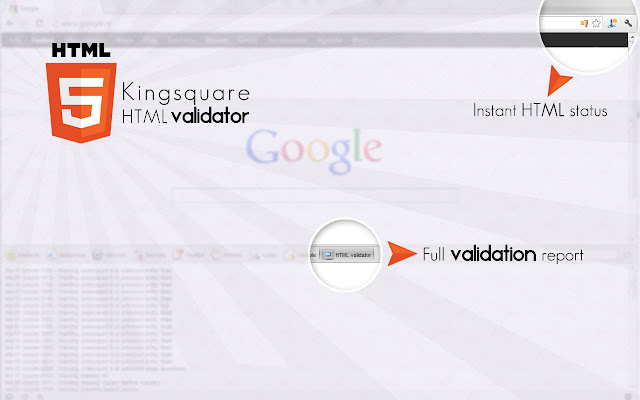 Description from store This extension brings the the TIDY HTML Validation library to your browser. You will no longer need remote services to validate your HTML(5). This is the first offline HTML validator for Chrome. For more information on the project, see http://www.kingsquare.nl/html-validator ** PLEASE NOTE ** Please restart your browser after installing the extension. Open the development tools panel to activate the validator. Every page will get validated automatically, check the flag at the end of your address bar to see the current status. See the last tab of the development tools to get a full report.