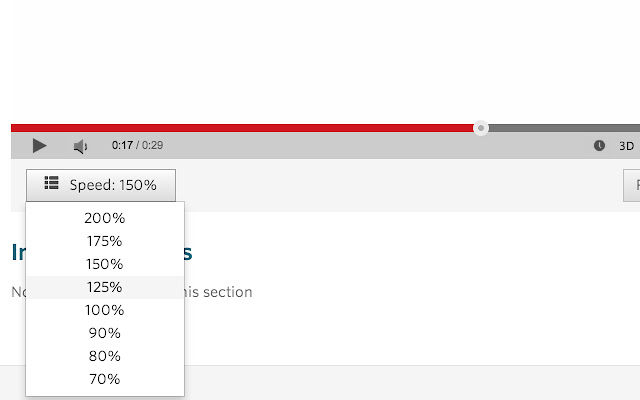 Description from store Allows you to control playback speed of the videos on http://www.udacity.com as well as persist custom speed settings across videos within the same class. Supports multiple classes in different tabs as well as automatic enforcement of HTML5 playback for YouTube embeds (hence the need to access YouTube data). ======================================== File bugs or contribute to this extension on Github: https://github.com/has207/udacity-playback-chrome-extension Icons courtesy of WebIconSet.com -- free to use but not redistribute.