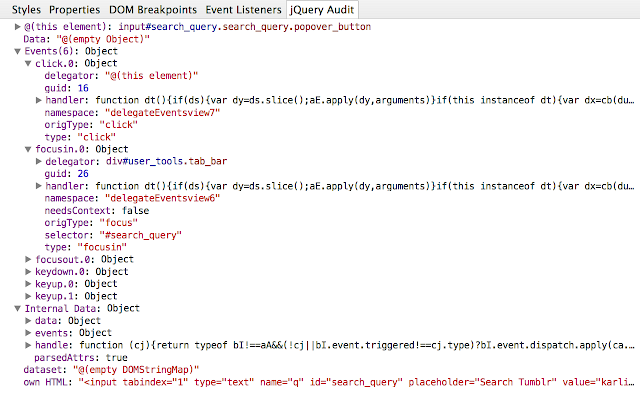 Description from store jQuery Audit creates a sidebar in the Elements panel containing jQuery delegated events, internal data, and more, as live DOM nodes, functions, and objects. Find delegated events and their handlers. Variables behave like objects in the "Sources panel - Scope Variables" sidebar. You can right-click on a function and goto "Show Function Definition", or hover over a DOM node to highlight it in the document, as well as right-clicking it to "Reveal in Elements Panel". https://github.com/zertosh/jquery-audit