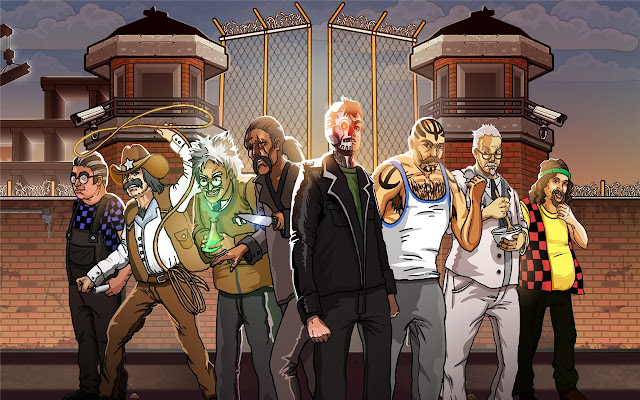 Description from store Prison Architect is a private prison construction and management simulation video game developed by Introversion Software.It was made available as a crowdfunded paid alpha pre-order on September 25, 2012 with updates scheduled every three to four weeks. The game is a top-down 2D (with a partially 3D mode) construction and management simulation where the player takes control of building and running a prison. The player is responsible for managing various aspects of their prison including building cells and facilities, planning and connecting utilities, hiring and assigning staff, including a warden, guards, workers, and more. The player needs to recruit staff to unlock more aspects of the game. The player is also responsible for the finances of their prison, and for keeping their inmates content. The player's role is of both architect and governor with sandbox micromanagement themes such as choosing where to put lights, drains and how they connect together. The player is also able to add workshops to the prison as well as reform programs that reduce the specific prisoner's recidivism rate. The player tells the prisoners what to do indirectly by setting their schedule. The game takes inspiration from Theme Hospital, Dungeon Keeper, and Dwarf Fortress. The player can also allow additional conditions to be applied to their game (such as simulated temperature, gang activities) to increase the difficulty of the game and to simulate a prison in conditions nearer to reality. A player's prison is graded by an ingame report. Introversion Software announced that a mobile version of the game is in development and the PC version of the game officially launched on October 6, 2015. In Introversion's alpha 30 video, they confirmed Prison Architect was coming to iOS and Android in October 2015 with the game's official release. The developers posted a tweet on March 21, 2013, that "I guess Prison Architect won't be coming to iPad then! YOUR LOSS APPLE", with a link to a Pocket Gamer article. It was later revealed by the developer that the original direct port did not impress Apple. Due to the concern of it might not be featured on AppStore front page the project was set aside for a while. The effort to bring Prison Architect to mobile devices was resumed by Paradox Interactive as the publisher and co-developed with Tag Games. The tablet version for iPad and Android tablet was launched on May 25, 2017. Introversion announced on January 20, 2016 that Double Eleven would be bringing the game to Xbox 360, Xbox One and PlayStation 4 platforms. The console versions were released on June 28, 2016. The Xbox edition of the game was released to subscribers to Xbox Live under the Games With Gold program in September 2018. Upon its full release, the game received positive reviews, scoring 83 out of 100 on review aggregator site Metacritic. IGN awarded it a score of 8.3 out of 10, saying "Prison Architect is one of the most in-depth, satisfying builder games in ages, if you can get past the initiation." On April 7, 2016, Prison Architect won the 2016 BAFTA award in the Persistent Game category. Prison Architect was also nominated for the 2016 BAFTA award in the British Game category, which was won by Batman: Arkham Knight.