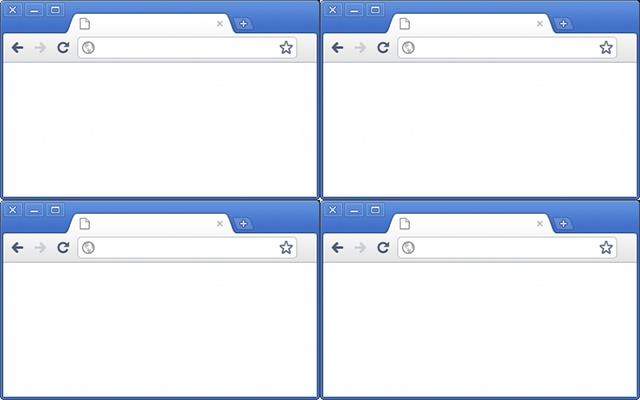 Description from store Adds a button to automatically tile all your browser windows to occupy all your screen with no overlap. *This extension helps you manage several windows, it does *not* expand tabs to windows or collapse windows into tabs.* Expect some glitches in Linux especially if you have panels on your screen (the window sizes may not be exactly right). See website for bugs, suggestions, patches. --------------------------- Change log: * 0.51: Fix a measuring bug where tiled windows were a little too large. * 0.5: Support for multiple monitors. * 0.30: Adapted to version 2 of the Chrome extension manifest. Fixed a bug where clicking on the tiling button twice was sometimes necessary. * 0.20: Fixed issue with maximized windows, they now all get un-maximized before tiling. Minimized windows are ignored from the tiling process and kept as-is. * 0.10: First version.